Five bears and a caribou

Just to give you a little idea of the bears that I saw on the drive today (the drive that ended up in Stewart, BC), I'm attaching five different pictures of black bears I snapped along the way.

This is the first black bear I saw today, the first one of the entire trip: 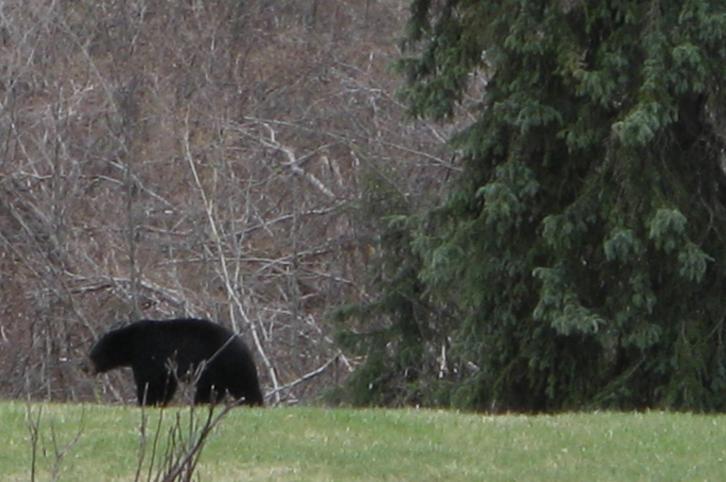 Then, 45 minutes later, I spotted these two bears on the left side of the road:

Thirty minutes later there was another bear. This is the first one that seemed angry to me.

Next, I was lucky to spot a bear low off the side of the road, and hung out with him for a while: 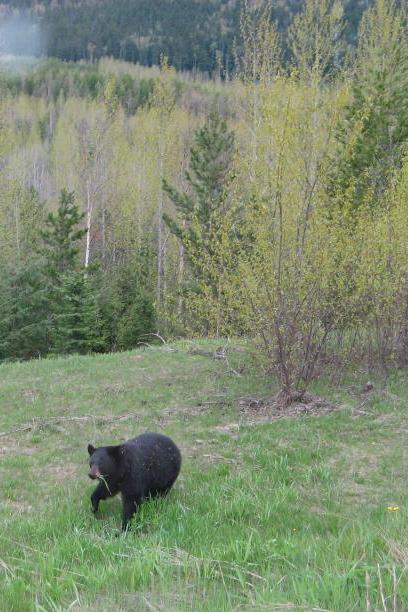 The next bear looks like he has a big mouth, but he seemed pleasant enough: 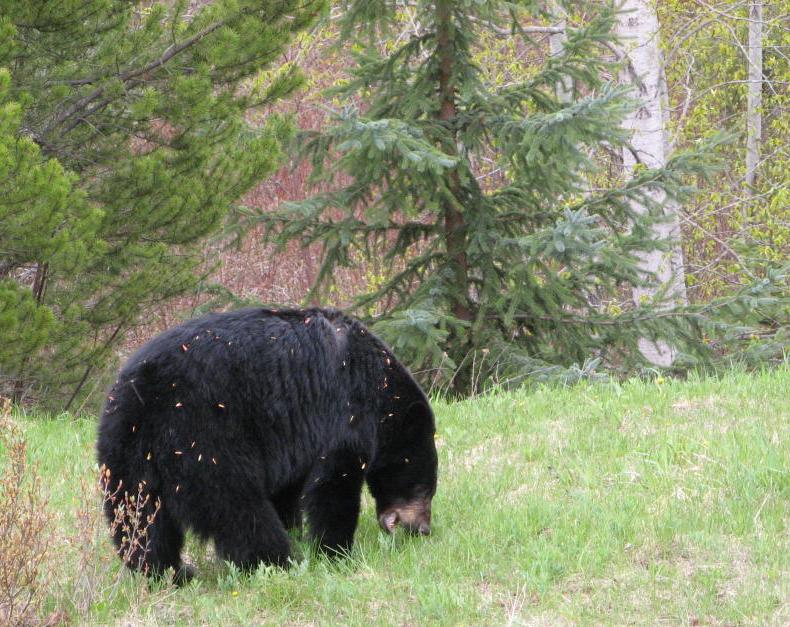 And finally the woolly mammoth of the crew. By this time I knew I was running late and had seen many more bears than I'm showing here, so this was a drive-by photo: 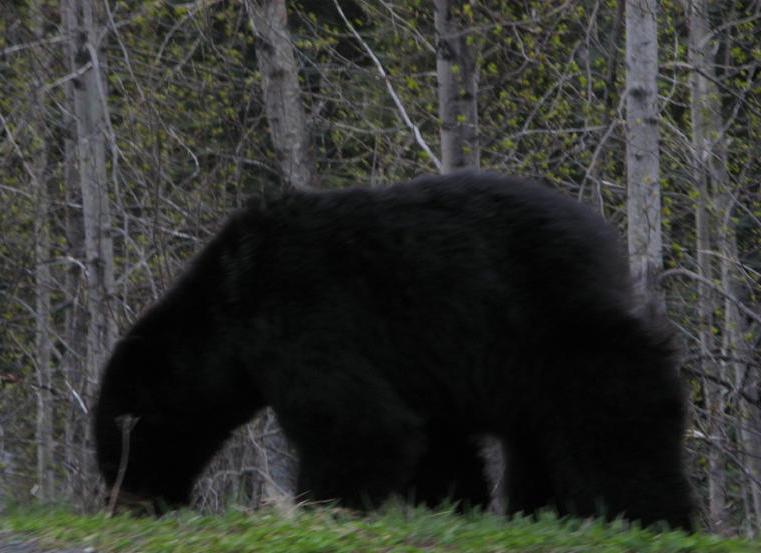 I think after a while, after you've seen 15+ bears and you're running late, you become something of a "bear snob". :) Actually, if I wasn't running late, I would have sat next to these guys as long as possible.

Oops, and I can't forget the one I think is a caribou. This was actually the first large animal I saw, about two miles before I saw the first bear. This guy was across a small pond, so I had to use both optical and digital zoom to get a decent picture of him. This reminds me that we used to have a Norwegian Elkhound, and a friend of ours used to always call her a "Caribou Hound". :)