Now that the doctors have figured out what disease I have (and that it won’t kill me any time soon), I’m back to work on my new book, which may eventually help me get back to Alaska.

With that little introduction ... here’s a link to my new book, which is currently over 600 pages long:

Did I mention that it’s available as a free download? :)

In a quick note that’s completely unrelated to living in Alaska, I just made my book, “A Survival Guide for New Consultants,” available online, for free. The URL for the book’s website is NewConsultantsBook.com.

A person on a snowmachine attacked two Iditarod mushers yesterday. According to Aliy Zirkle, ome of the mushers who was attacked, the person on the snowmachine tried to kill her:

The fully story is here on adn.com.

An Alaskan humor version of “Embrace diversity!” (I first saw this image on this Twitter page.)

I not-so-fondly refer to this photo as “Hell,” or “Hell, Alaska”: 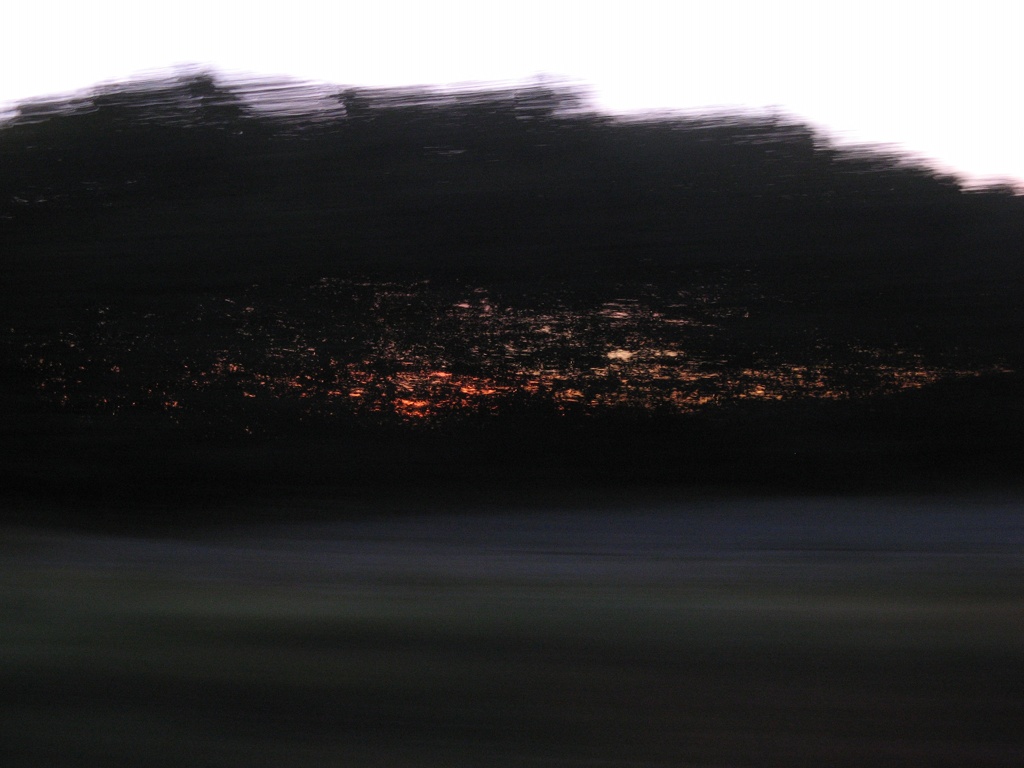 The story goes like this: I was driving down the road to Homer, Alaska, merrily taking photos as I drove. Suddenly I got a deep feeling of all things bad, like an overwhelming feeling of oppressive evil. As the saying goes, the hair on the back of my neck stood up, I got cold chills, and then had a shiver or two. Instinctively my body knew that something was wrong, very wrong.

I’m currently writing a new book, and I have been thinking, why write the book in Colorado when I could spend the time in Alaska? I haven’t decided if I’ll go back to Alaska yet, but I just wrote the people who own the place up there where I’d like to stay to see if it’s available for the winter.

I think it will take three days to drive to Washington, where I’d stop to get some winter/snow tires. Then 4-5 days to get through Canada, and another day or two after that.

When I lived in Talkeetna, Alaska in 2007, a young woman there kept calling me Ken. My name is Al, so I tried to correct her several times, but every time I saw her she called me Ken. She had blonde hair, so naturally I started calling her Barbie.

One day we were with some other people who knew my real name, and they called me Al. At one point Barbie looked at me and said, “Who’s Al?”, to which I replied, “I am.”

How cool is the idea of a “community library,” as shown in this image? Unfortunately a thief decided to steal it. The story of this community library in Anchorage, Alaska is here at ktuu.com.

My nephew and nieces often send me funny videos, and one of the best ever is the Key & Peele “College Bowl Game” videos. They come up with a collection of funny names for college football players, and go through the process of introducing them.

I made a full list of the names from the first Key & Peele College Bowl Game video, and here are some of the funniest names:

A beaver walks into a hardware store in Fairbanks, Alaska, and heads to the plumbing department

A beaver walks into a hardware store in Fairbanks, Alaska, and heads to the plumbing department. The story is here on the Fairbanks News-Miner.

When will Alaska's population reach one million?

When will Alaska's population reach one million? Never, apparently.

Note that this is the population of Alaska in the summer months. In the winter months the population is more like 300,000, roughly the same as a little city like Lexington, Kentucky.

This photo of a beautiful white Siberian Husky (or perhaps an Alaskan Husky) with blue eyes comes from the Iditarod Trail Committee’s Facebook page.

Yoda: Get cookies you must (May the Fourth be with you)

This image (“Get cookies you must”) is from the Talkeetna Roadhouse Facebook page, and celebrates Star Wars Day (May the 4th be with you).

How sled dogs learn on the Iditarod Trail

Aliy Zirkle has a nice story on her website about how sled dogs learn on the Iditarod Trail. Here are parts of three paragraphs from Part 1 of her story:

At the start of the 2015 Iditarod, at least one sled dog is ready to go. (I think this image came from adn.com.)

Video recalls the wild finish of the 2014 Iditarod race

If you’re interested in the Iditarod, the first thing to know is that the 2015 Iditarod Race starts tomorrow.

The second thing to know is that adn.com has a great video/documentary that covers the dramatic finish to the 2014 Iditarod race. Click on the image to watch the video. 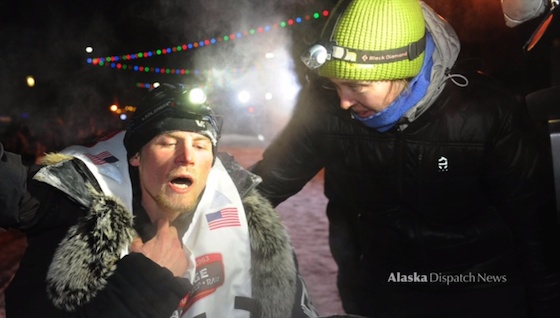 The 2015 Iditarod race starts tomorrow, March 7th, with the ceremonial start in Anchorage, Alaska. See the official Iditarod website for more information. I sure hope they have enough snow up there, I know they haven’t had much all winter.

Canada to shut off nightly access to Hyder, Alaska

The Alaska Dispatch News reports that Canada will be cutting off access to Hyder, Alaska from midnight until 8am. Personally I don’t care about the “midnight” part, at least during the winter months, but the 8am part would be hard to swallow. 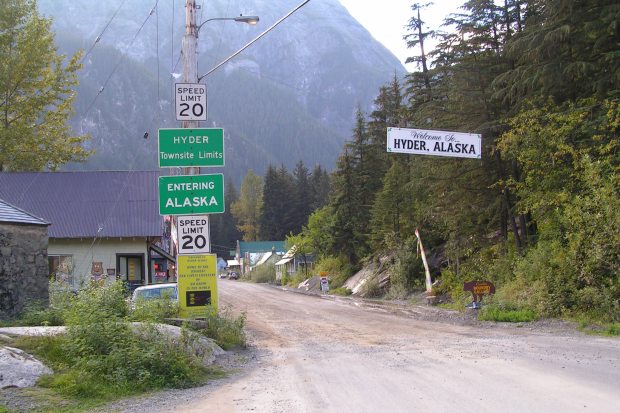 I took this background photo in Hatcher Pass, Alaska. The poem is by Wallace Stevens, and it’s called, “The Snow Man.”

Rockslide on the Seward Highway

A rockslide on the Seward Highway caused the road to be closed for a while on February 19, 2015. (Image from adn.com.)