After looking through some of the "race logs" on the Iditarod.com website, the sled dog teams with sixteen dogs were running as fast as thirteens miles per hour at the beginning of the race, and in fact, as high as 13.64 miles per hour from what I've been able to see so far.

However, now on March 13, 2011, after roughly eight days of racing (the race officially started last Saturday), most Iditarod dog sled teams are down to ten to thirteen dogs, and their dog team speeds are down to anywhere from 5.37 miles per hour to a high of 8.48 mph.

Here's a photo of the Iditarod race standings and sled dog team speeds from the beginning of the 2011 Iditarod race: 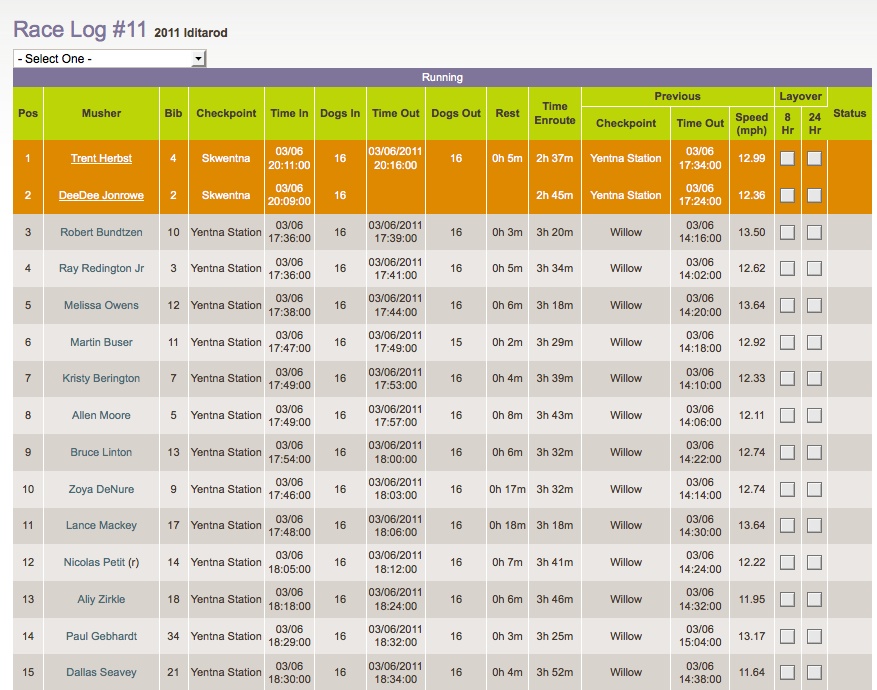 And here's an image of the current 2011 Iditarod race standings and Iditarod dog sled team speeds after eight days of racing: 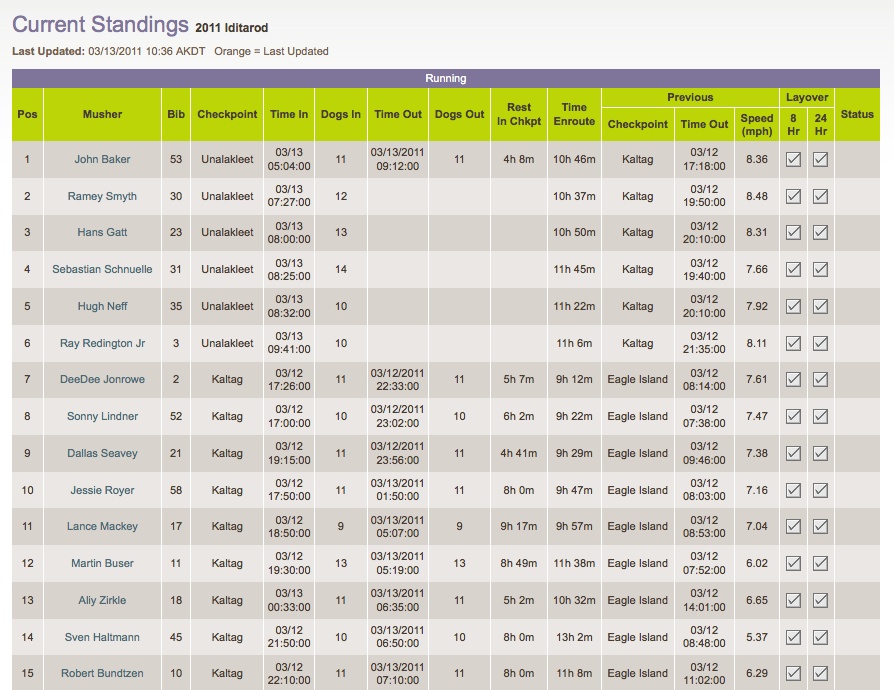 (Dog sled team speeds are shown in a column to the far right. Images are provided courtesy of the Official iditarod.com website.)

If you're ever in Alaska in the summer and want to take a ride with real Iditarod sled dogs to see how fast they really are, check out the Seavey family Ididaride.com website for more information about their sled dog rides in Seward, Alaska. (Other mushers offer similar sled dog rides, but I don't know their URLs off the top of my head.)