The ground, she is a shakin'

I was working from home late yesterday afternoon and early evening, and as I sat here typing, I thought for sure the ground was moving again. Sure enough, we had several more earthquakes yesterday, though none were as major as the earthquake we had the first week of April (see "Earthquake in Wasilla").

Here are two pictures from last night of websites that track earthquakes in Alaska. First, this image from the Alaska Earthquake Information Center: 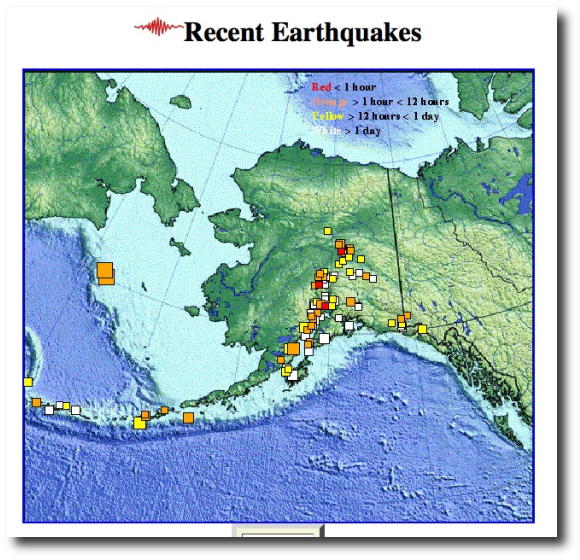 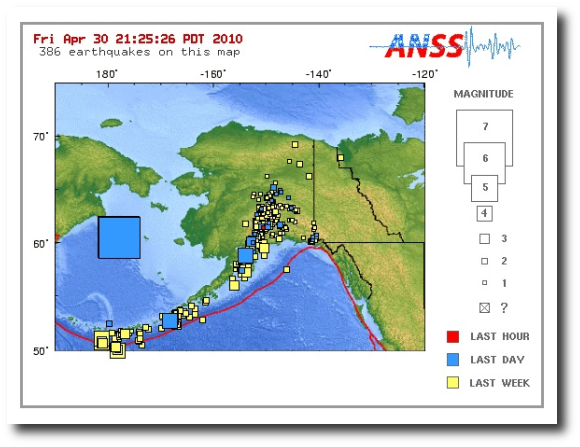 As you can see, the Earth has been shaking quite a bit around here lately, though the only "major" earthquake was the one back on April 7th.

I don't remember the ground shaking this much when I lived in Talkeetna back in 2007. Back then the biggest concern were the enormous wildfires ("The Denali range during the fires", "Alaska fires still burning")

Before I leave you today, here are two links to the websites I mentioned:

If you happen to look at those pages in early May, you can see it's still pretty busy here.