Notes from the asylum

Okay, whatever I wrote before about it raining in the morning and then clearing up in the afternoon ... apparently I lied. Since that post it has rained non-stop, and I haven't seen direct sunlight since ... I can't tell you when.

To work on my attitude, I took yesterday off, and went shopping. I actually lucked into a used recliner at the local Salvation Army. A new recliner would cost $400 or more, but I bought this recliner for $60, plus another $15 to clean and repair it: 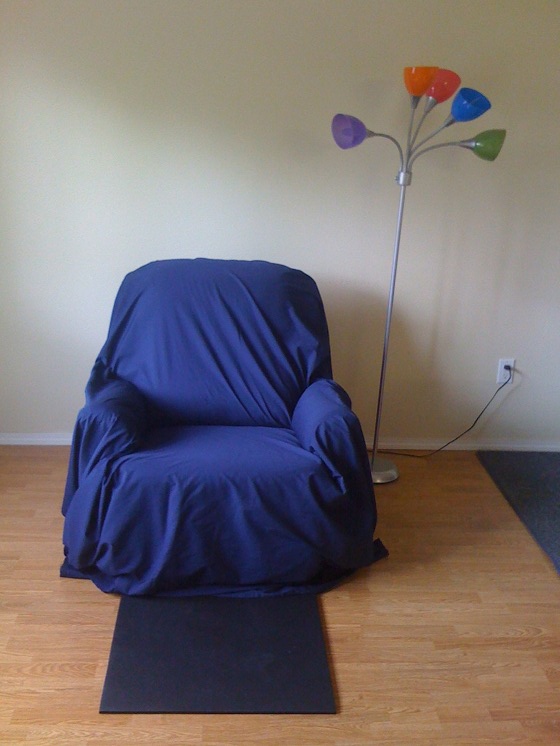 A nice prisoner on a work-release program helped me figure out how to separate the top of the recliner from the bottom, and also helped me carry it out to my car.

In an effort to perform some "brain exercises", I've been trying to use my left hand for almost everything recently. (I'm naturally right-handed.) Between the non-stop rain and the all the left-handedness, last night I broke out the crayons and printing paper, and created designs for several hours: 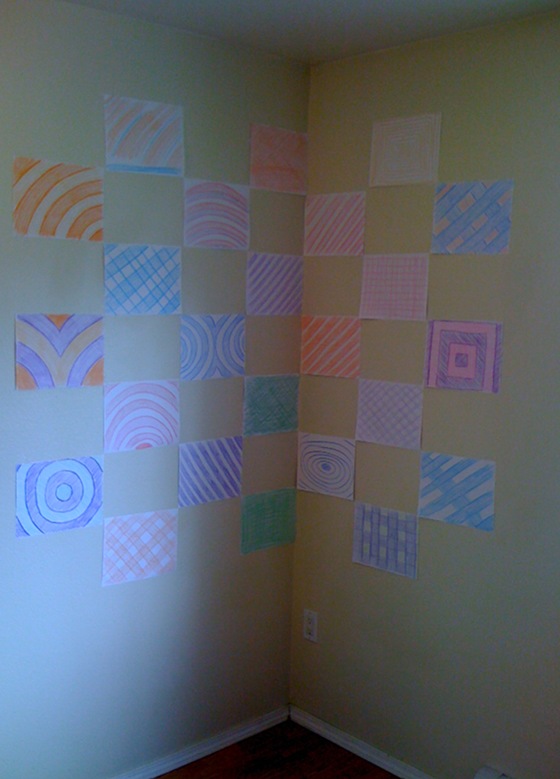 Really, I didn't think about the whole left-handed thing until this morning. I was laying in bed, wondering what that coloring episode was all about, when it occurred to me that I've been doing everything left-handed for a week now: brushing my teeth, writing, using the mouse, etc.

The other thought that occurred to me was that all these apartment walls are the same yellowish color, and I don't like walls, houses, or apartments that don't have some different colors to them. The colors I like are the oranges, purples, greens, yellows, and even reds of the American southwest. I love to watch the tv shows Medium and Raines just because I like the colors of the homes and office buildings.

"Make me Live in Fairbanks, Alaska"

In one final note of insanity, since I want to move in September anyway, I thought about moving to Fairbanks yesterday, just for the challenge of a Fairbanks, Alaska winter: 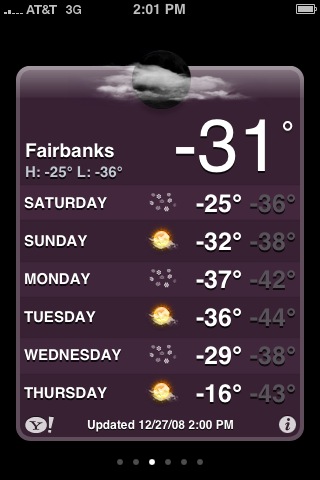 Fortunately that feeling has come and gone. I had an idea last winter about a reality show named "Make Me Live in <fill-in-the-blank>", where people would contribute money to my PayPal account, and if they contributed enough, I'd go live wherever they wanted. That's what I was thinking yesterday, that if enough people wanted to pay me to move to Fairbanks, Alaska for the winter, and report what it was like to live there, I'd give it a shot.