This blog post is quite a bit out of sequence, but earlier today I was reminded of my drive to Alaska this spring, including a one-night stop in Watson Lake, British Columbia, Canada.

On the evening of March 24, 2010, while I was laying in my toasty warm hotel room, I suddenly heard a pack of dogs howling and barking. Peering out the window, I saw a team of sled dogs being fed their dinner. "What were they doing here?", I thought, and then I realized the Iditarod was ending, and maybe, just maybe, these were actual Iditarod sled dogs.

So, I got all bundled up again and walked outside to ask what these men and dogs were doing. Sure enough, they had just run in the Iditarod, and were heading home. I'm sorry I can't remember now where they were from -- either Scotland or Ireland -- but they were extremely nice to answer my questions as we all stood outside in the cold. I believe he said they were going back to train in Montana, but I'm not positive about that.

By the time I got outside all of the dogs had been packed up for the night, so I didn't get any close up photos of them, but I thought I'd share these photos here so you could see what real Iditarod sled dogs look like. 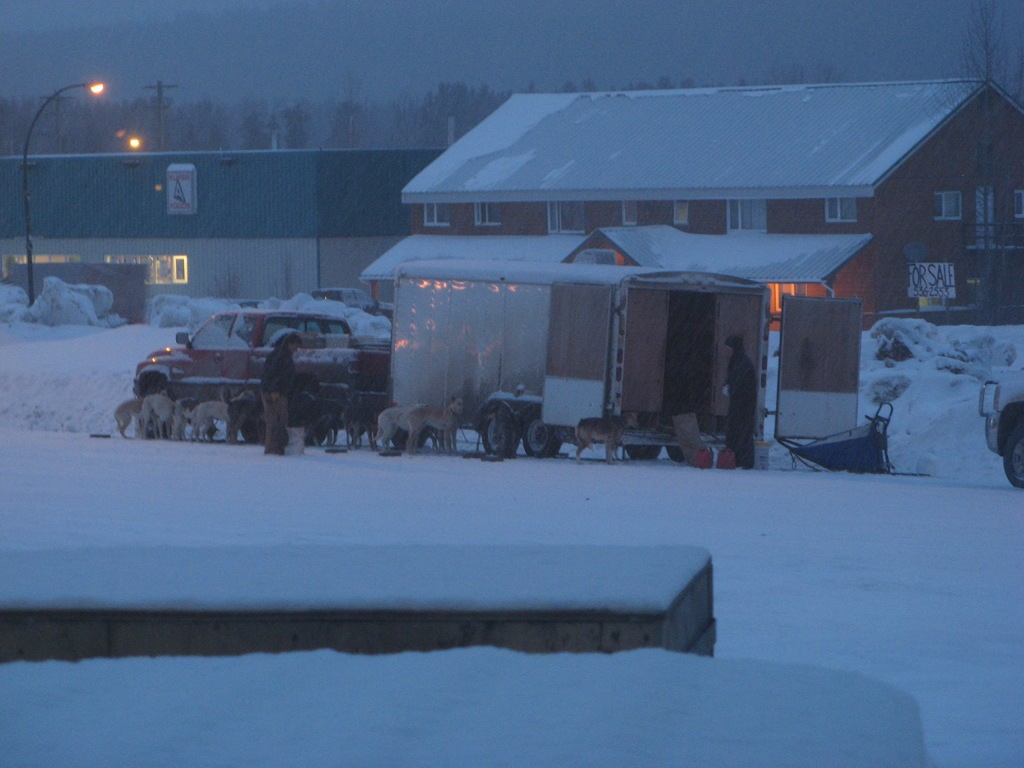 I thought this second photo was funny, because while you and I would be very cold on this evening, the sled dog to the far right -- just behind the trailer -- has just sat down on the ground to scratch his ear: 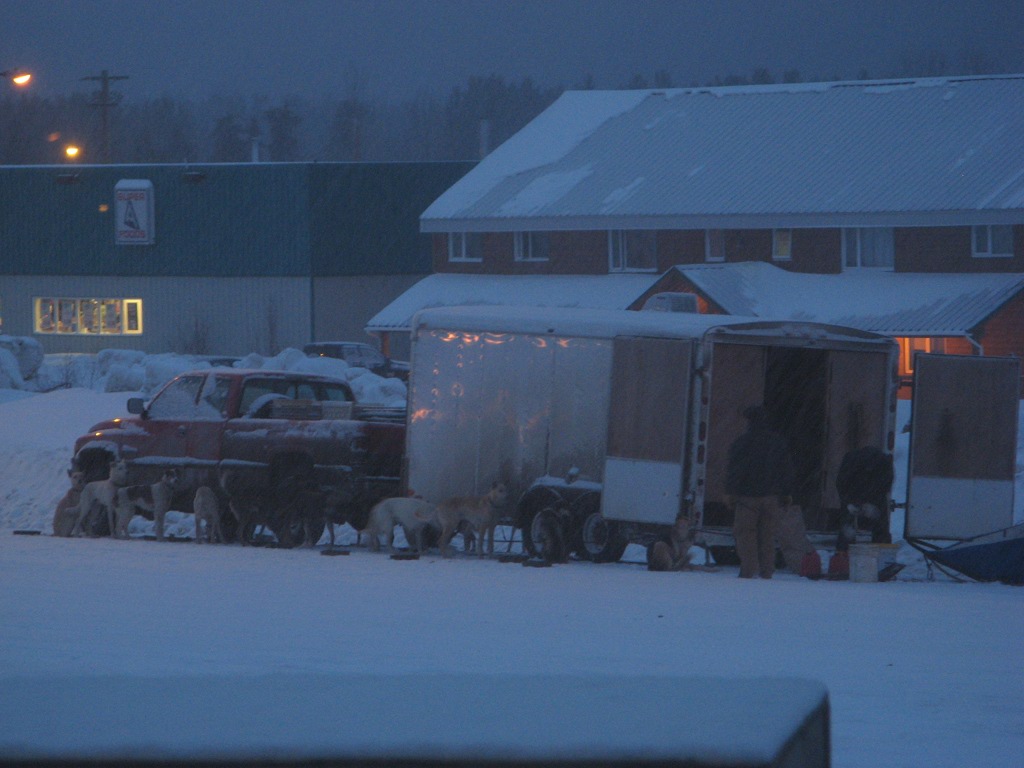 (You can click on those photos to see larger images.)