Ramey Smyth appears to be headed for a second place finish in the 2011 Iditarod. Here's a look at Mr. Baker's winning time, along with other current 2011 Iditarod standings, courtesy of the Official Iditarod.com website: 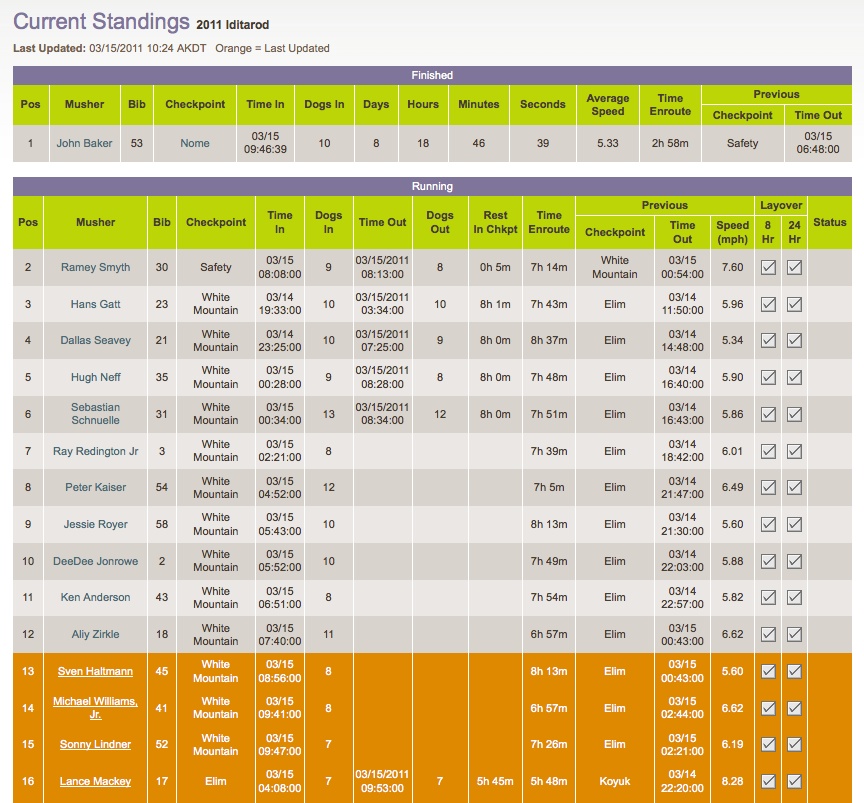 Four-time defending champion Lance Mackey has falled down to 16th place, and is now running with only seven dogs in his sled dog team. Mr. Mackey had to drop several dogs early in the race due to illness, but managed to stay in the Top-5 and Top-10 standings for most of the race.

As I woke up this morning I learned that John Baker and Ramey Smyth both left the White Mountain checkpoint as scheduled, and that Mr. Baker passed through the checkpoint in Safety at 6:47am. The Safety checkpoint is just twenty-two miles from Nome, Alaska, so Mr. Baker is expected to arrive in Nome before noon today.

Ramey Smyth is still reported to be about an hour behind Mr. Baker. Though Mr. Smyth is also reported to have made very strong runs from Safety to Nome previously, it doesn't look like he'll be able to make up the gap.

This report is based on Twitter feeds that I read this morning. As usual, please visit the iditarod.com website for more details.