2011 Iditarod prize money FAQ: How much money does the Iditarod race winner win?

Additionally, the 2011 Iditarod winner will receive a prize of $50,400, which is the same as last year. They'll also get a new truck. I'm not sure if they win this truck, but I saw it parked at the Iditarod start in Willow, Alaska on Sunday, so I'm assuming the Iditarod winner gets this Dodge Ram 1500 truck, or one very similar to it: 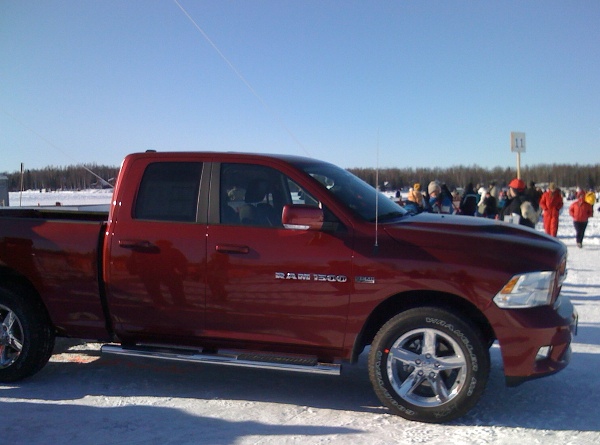 That prize money scale continues down until the Iditarod musher who finishes in 30th place takes home a purse of $1,500.

For the record, the 2011 Iditarod field consists of 62 mushers, including forty-six Alaska mushers; eight from the Lower 48; and eight from outside the U.S., including Canada, Scotland, Norway, New Zealand and Jamaica. Forty-seven men and fifteen women started the Iditarod, and thirteen of the mushers are rookies.

Some of this information came from this MSNBC article.