Well, not so far. Every day lately has had snow, or a good chance of snow. Here's the Wasilla snow forecast for roughly the next week: 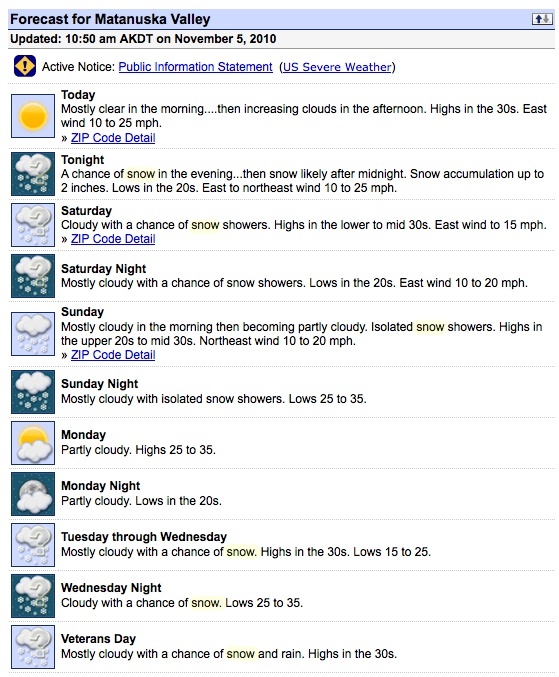 I highlighted all the "snow" words there so you can see what it looks like.

It really hasn't been too bad -- and I drove from Anchorage to Wasilla, Alaska in a blizzard yesterday -- but it has been surprising. I really expected there to be much less snow than we've had so far.