A local sourdough and a young hiker were sitting by the river on the flats of Hatcher Pass. Just as the hiker said "It's a cool day," a red blur appeared on the gravel road, then disappeared just as quickly around a corner and behind a huge cloud of dust.

As the blur streaked by, loud music could be heard ("Let 'er rip, let 'er fly"), and as it slid around the corner a long, loud "Waaa-hooooooo..." was heard in the distance. 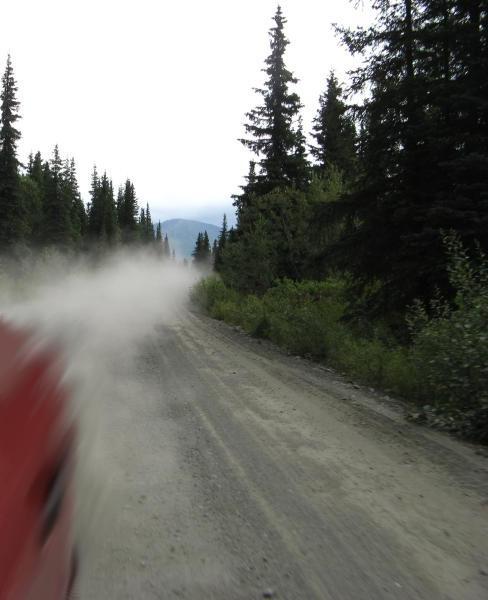 "Yup. Some crazy cheechako. He takes this road whenever he comes back from the grocery, heading back to Talkeetna."

"Wow, he went through that turn sideways. Was that the Dixie Chicks playing?"

"I don't think he understands the meaning of that song."