Iditarod meaning - What does "Iditarod" mean?

Recently someone asked me what the name Iditarod means. My response was something like, "Um, er ...", followed by silence.

After a little research I'm still not exactly sure what “Iditarod” means, but here's what I've been able to find out. 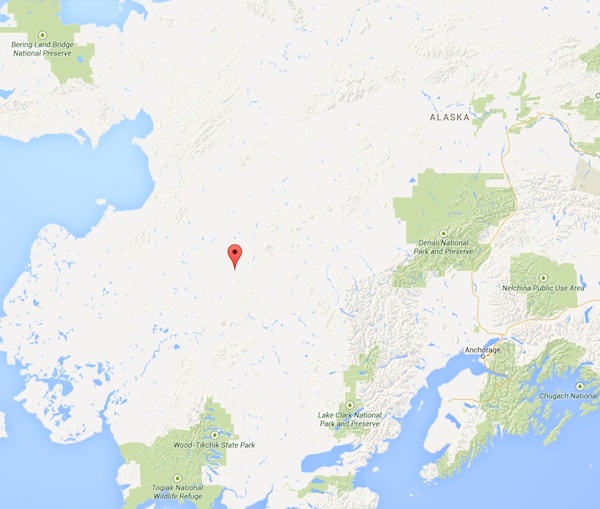 Next, the Iditarod Trail is historically known as the trail taken from Seward, Alaska to Nome, Alaska. (Since the race ends in Nome, I’ll guess that the race name comes from this trail more than anything.) See this Wikipedia page for more information about the trail.

Also, the Iditarod River is a river in Alaska.

According to Wikipedia, the meaning of the word Iditarod is as follows:

On a separate page about the meaning of the name Iditarod they write:

Iditarod is an Anglicization of the Ingalik Athabascan name for the river, Haiditirod or Haidilatna, which is probably an English version of the name of a village on the river, that may have corresponded with the village called Iditarod in the 1900s.

Okay, so it's an English-ized word for a Native American name of a river, right?

Meaning of the name “Iditarod” - Other origins?

I thought that might be the end of the story, but the Official Iditarod race website offers other possibilities. According to them, here are other possible meanings of the name Iditarod:

The following is from an article in the Anchorage Times following the 1973 Iditarod Trail Sled Dog Race, written by Gordon Fowler, Times Sports writer: Iditarod means "clear water" and was named by the Shageluk Indians for the Iditarod River.

The following came from one of the Anchorage papers during the 1983 Iditarod Trail Sled Dog Race: The word comes from the Ingalik Indian word, Haiditarod, which was the name for the river on which the town was built. It means "distant place".

And this one comes from James Kasri, Assistant Professor, University of Alaska Native Language Center in 1979: The name Iditarod came from an Ingalik and Holikachuk word Hidehod for the Iditarod River. This name means distant or distant place. This word is still known by elders in the villages of Shageluk, Anvik, Grayling and Holy Cross.

The Meaning of the name Iditarod

Well, I hope that clears things up about the meaning of the name "Iditarod", so glad I could help ... at least we seem to be down to a couple of possible meanings, either "clear river" or "distant place".