They told me the winter/spring weather might be crazy here in Alaska, lol ... here's the recent actual weather from Wasilla, Alaska, for the last 24 hours or so:

The small amount of snow we had yesterday morning (a "skiff of snow", I've learned) ended up melting very fast, but I don't see the same thing happening today, unless we get a lot of sun and a nice warm-up.

Here's a picture of the street behind my apartment here in Wasilla at about 9:30 this morning: 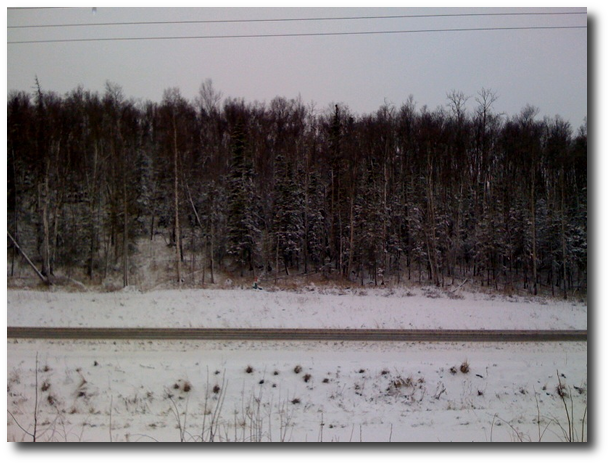