Wow, just a brutal, brutal travel day. Only 240 miles in nearly nine hours on the road. I left Stewart this morning, and I'm now in a town named Dease Lake, still in British Columbia.

The drive was just an absolute beat-down. I saw on the DriveBC website that there were going to be a couple of areas that were "packed snow", but what I didn't know was that these areas would stretch for 50 or 100 miles (or more)!

I knew my car wasn't equipped for long stretches like this, but from their "road conditions" website, there was no indication that it would go on for so long like this.

There were two main problems on the drive today. First, driving very slow, and paying great attention to the road, so as not to slip off the road and really screw myself. Second, there's the ongoing fear that I'll come up to a stretch of road I can't handle, and I'll either lose it there, or have to turn back, re-tracing my steps back to Stewart, tail tucked between my legs.

Man, I can't put into words how much that sucked. I'm seriously regretting just having a front-wheel drive car, and also regretting just having what the locals call "summer tires" on my vehicle. They are actually "all season radials", but the locals in Stewart and in another town named Bell II have been having plenty of laughs at my expense, and warned me that I should get real winter tires. Now I fully understand why.

I wish I had asked the people in Stewart more about these road conditions. Surely someone would have said this crap goes on for miles and miles and miles. 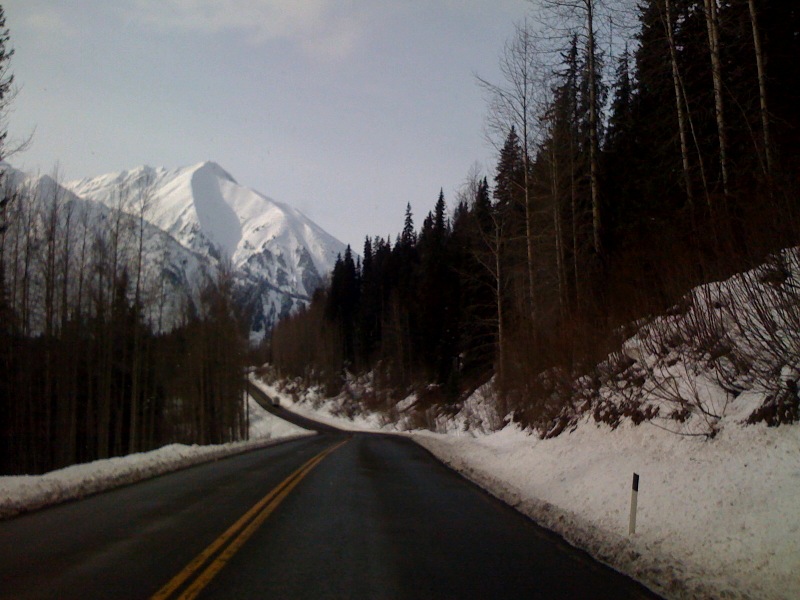 Although every local will tell you what a mild winter it has been here, these next two pictures show how much snow can pile up on the roadside during a "mild" winter: 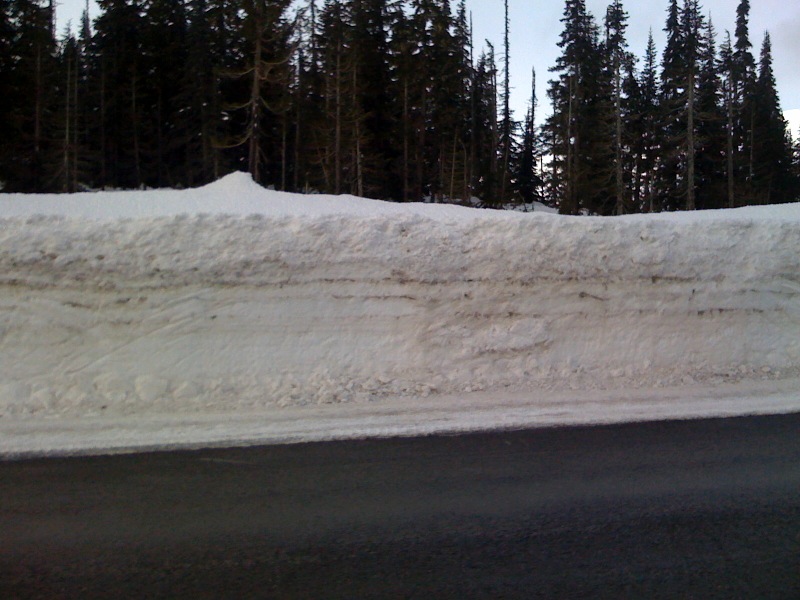 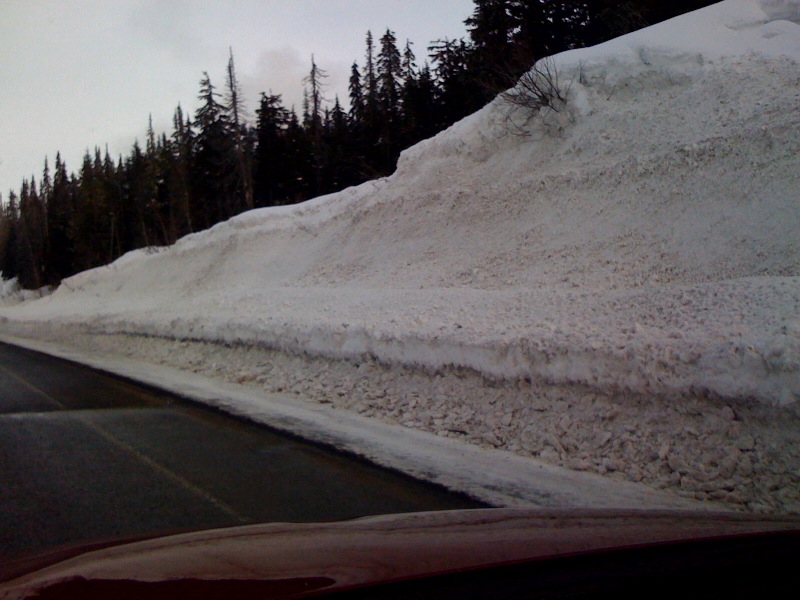 Yes, that snow is piled up higher than the top of my car. Good thing it was a mild winter, lol.

Next, here's what much of the road looked like during the drive today. As they say, it's "packed snow":

Finally, here's what my car looks like now. I just took this picture in the parking lot outside the Northway Motel here in Dease Lake: 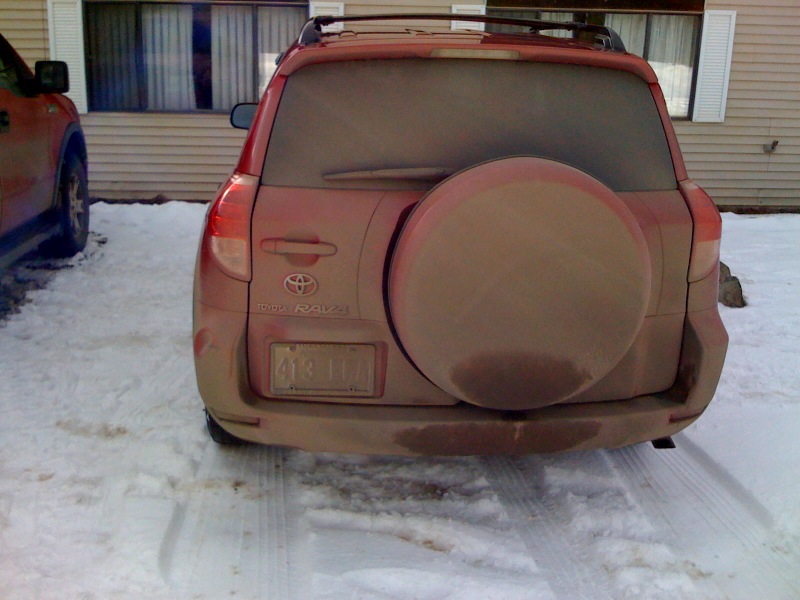 I should also say that I now know what the term "snow blind" means. Staring intently at the entirely white road and roadside, looking intently for any sign of anything that was going to make my day even worse, the constant whiteness just wears your eyes out. During the easier stretches of road I looked away at the sky or trees just to help my eyes out.

Just an amazing day, and I'm glad to make it to this small "town" of Dease Lake without an accident or tow job. (I guess Dease Lake is a town, but I'll I've seen so far are two small hotels, a gas station that also serves as a grocery store, and two restaurants that don't appear to be open.)

I have no idea what tomorrow will bring, but I just hope I can make it to a town about 150 miles north of here named Watson Lake, where I promise to buy some winter tires. There is nothing like a tire dealer here in Dease Lake, but from looking at my copy of the Milepost, it looks like I might be able to get some new tires up there.

If I can't get tires there, I'll have to try to make it to Whitehorse, an actual city of about 35,000 people, where they'll surely have some winter tires.

If I was a drinking man, I'd have a drink tonight to settle my nerves. I'll settle for a hot shower.