I've been focused on my work on the devdaily website recently, so I don't have much to report on regarding Wasilla, or Alaska in general. However, it's always fun to take a look at the weather here in Alaska, so here are some iPhone screenshots that show the weather in five different cities in Alaska, ranging from Fairbanks in the north to Sitka in the south: 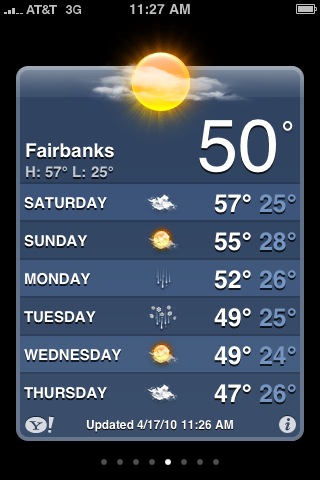 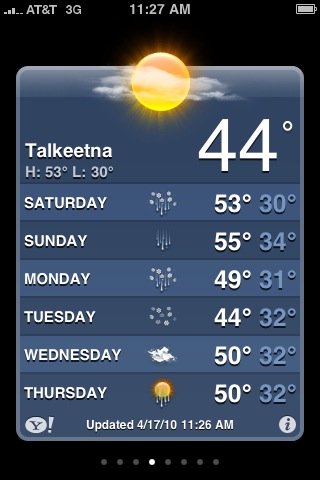 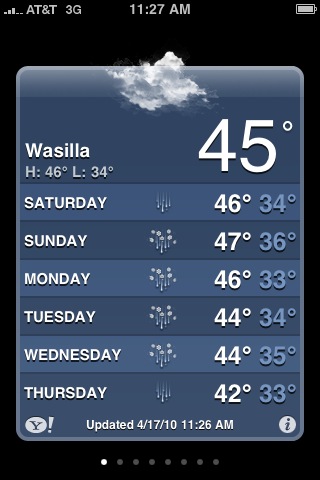 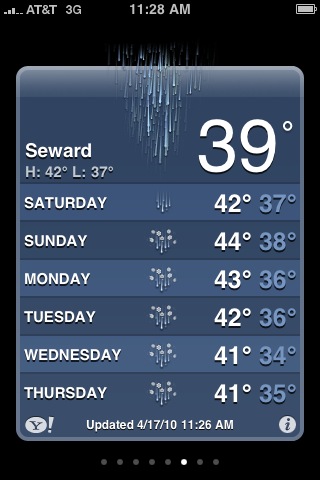