A few photos from the 2014 Iditarod race, from the Anchorage Daily News and Dallas Seavey's Facebook account.

Here are a few photos from the 2014 Iditarod race. Photos are from the Anchorage Daily News and Dallas Seavey's Facebook account. 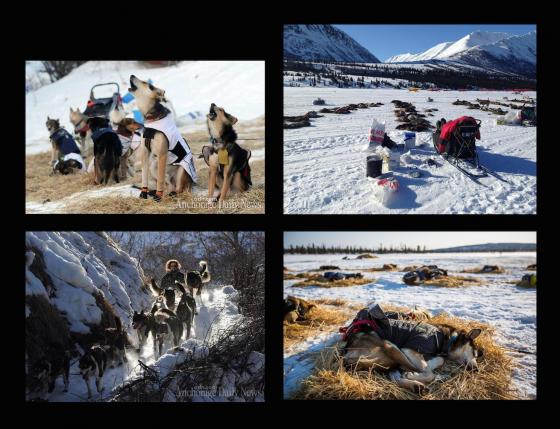 The 2014 Iditarod race begins today in Anchorage, Alaska. It’s hard to believe that it has been three years since I was at the 2011 race. Time flies. (Original photo is here on Instagram.)

March 1, 2014, and the 2014 Iditarod race begins today in Anchorage, Alaska! (Original photo from this Instagram page)

Sunset and moonrise over Anchorage, Alaska

Sunset and moonrise over Anchorage, Alaska. From the Alaska Dispatch Facebook page.

Free copy of the Scala Cookbook

This is a little different for this website, but if you want a free copy of the Scala Cookbook, sign up for OReilly’s Blogger Review Program: http://oreilly.com/bloggers

(In other news, I'm planning to get back to Alaska soon, at least for a long vacation. More details available as soon as I make up my mind. :)

How I Sold My Business - Free, today only

As a quick note, my Kindle eBook, “How I Sold My Business”, is free, today only, at http://kbhr.co/7

'How I Sold My Business' - Free, today only

A flat tire in Alaska

Before I moved to Alaska, I owned and then sold a small business. During the process of selling the business -- which took several years -- I kept a small diary.

I just realized that I completely converted my old website, devdaily.com, to alvinalexander.com, without saying anything here. Since that's where I am most days, I thought I should mention it.

This is a view of some Iditarod sled dogs during the 2013 Iditarod race. The photo is from the Anchorage Daily News.

If you're interested in the Iditarod race, check out Dallas Seavey's Facebook feed. His video of a large collection of sled dogs howling at a rest area is terrific.

Sled dogs in a truck, from the Iditarod race, 2011

A view of the downtown Stewart, British Columbia area, including the Ripley Creek Inn sign

A view of the downtown Stewart, British Columbia area, including the Ripley Creek Inn sign.

Deep snow in Stewart, British Columbia. I'm pretty sure this photo was taken in May, 2007.

Lately I've been debating about what to do to celebrate a "big" birthday this spring. While my friends and family have some pretty good ideas, such as going to Vegas, I keep thinking about going back to Alaska. Despite what the sign in this photo says, you can find some excellent food in Seward, Alaska: 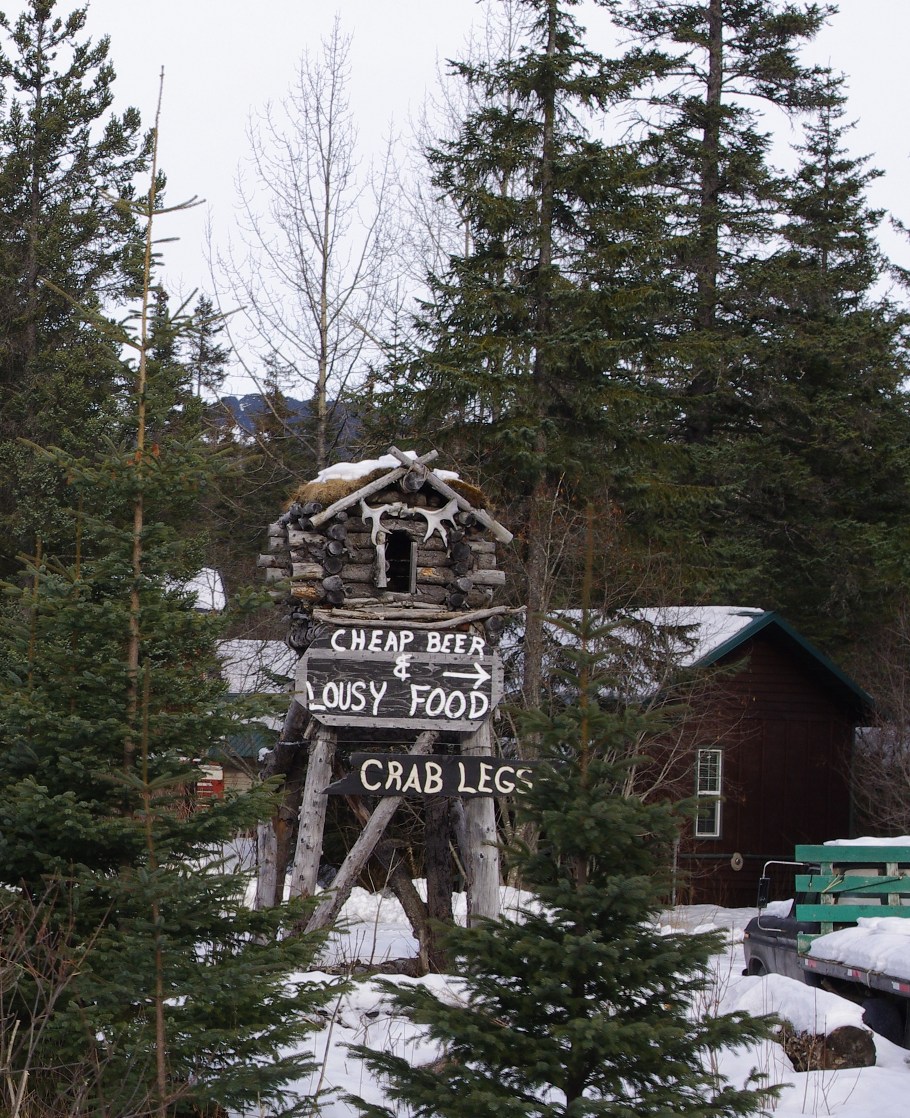 Just mailed the cat to Alaska