Dallas Seavey comes from behind to win the 2014 Iditarod

Wow, after 8 days of racing, the leader, Jeff King, had to drop out of the race 25 miles from the finish line in Nome. Dallas Seavey came from behind to win it, and Aliy Zirkle (female racer, dogs with pink boots) came in two minutes after Dallas, finishing second for the third straight year.

At the finish line:

Reporter: “How did you do it?”

Reporter: “You just won the Iditarod.”

Dallas: “What? I thought that was my dad behind me. Where’s Jeff and Aliy?”

(Quote from this story on adn.com.) 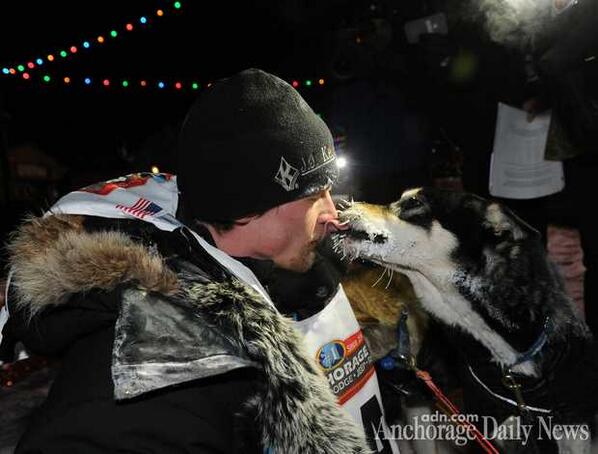